Nutrient timing is dietary strategy whereby specific nutrients (usually protein &/or carbohydrates) are consumed in and around training. The post-exercise period is widely considered the most critical part of nutrient timing. Theoretically nutrient timing is designed to optimize the adaptive response to exercise – rebuilding damaged muscle tissue and restoring muscle glycogen reserves. It is considered this speeds recovery, improves performance, increases muscle hypertrophy and strength gains and improves body composition. It is believed that there may an “anabolic window” of opportunity, a short time after training where these improvements can be optimized if the right nutrients are consumed.

The concept has been popular among athletes and sports nutritionists for some time but has been debated as the research results have been mixed as to whether it is effective or not.  Does nutrient timing work? Is there an anabolic window? Let’s look at the latest science on protein timing.

In 2013 the Journal of the International Society of Sports Nutrition published two articles analyzing 27 studies to determine the overall results of the effects of protein timing on muscle strength and hypertrophy. Most (but not all) of the studies analyzed showed that consuming adequate protein immediately pre &/or post weight training (within 1 hour) had a significant positive effect on muscle hypertrophy, but not so much on strength. This suggests that an anabolic window may exist for muscle growth.

However, there were considerable variables between the studies. Some studies had participants consuming protein both pre and post training, some only post. There were also differences as to the amount of protein consumed and whether protein was consumed with other macro nutrients (carbohydrates &/or fats). The analysis also found that participants who consumed adequate protein pre &/or post weight training (within the 1-hour anabolic window) may have also been consuming higher intakes of protein in total. This suggests that it may be the total amount of protein intake rather than protein timing that has a positive effect on muscle hypertrophy.

Both articles stated that the variables meant that a true conclusion could not be made for nutrient timing. However, one article stated that the “results show that total protein intake is strongly and positively associated with post-exercise gains in muscle hypertrophy” (Schoenfeld, Aragon & Krieger, 2013). The other article stated to maximize muscle hypertrophy that “high-quality protein dosed at 0.4–0.5 g/kg of lean body mass at both pre- and post-exercise is a simple, relatively fail-safe general guideline that reflects the current evidence” (Schoenfeld & Aragon, 2013).

The important take home message is that when using dietary strategies such a nutrient timing, we must also look at the bigger picture and ensure overall diet quality, adequate total protein intake for individual needs, as well as adequate and balanced macro and micro nutrients. 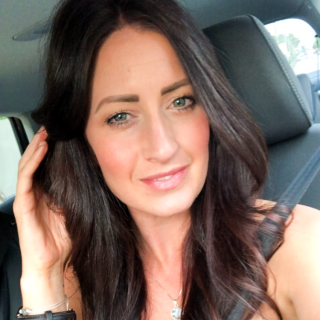